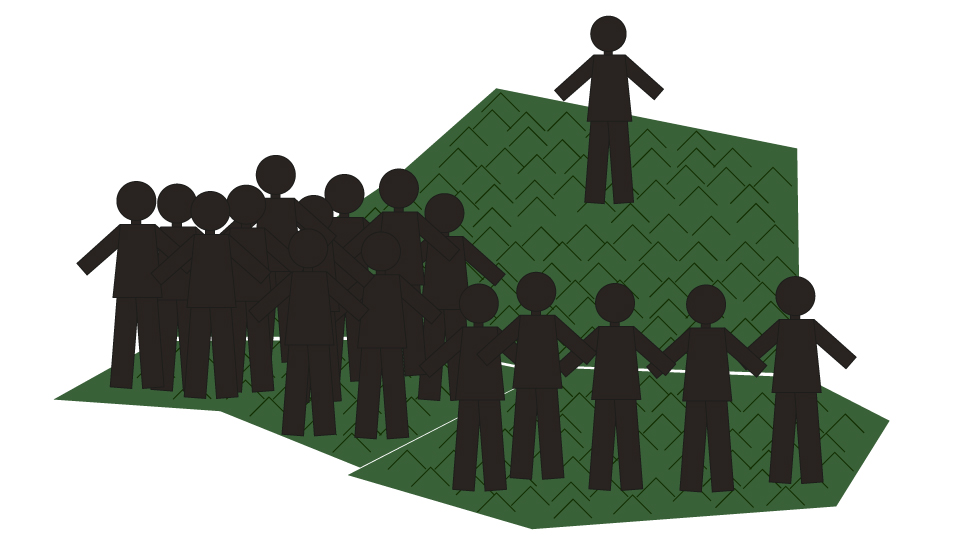 While the number of forest owners is increasing, at the same time a decrease in the size of forest properties can be noted. This has the potential to negatively affect the access to timber.

Joint ownership of forest properties is increasing, which could lead to increased fragmentation, meaning that the forest is divided into smaller, separate properties. In Finland, for example, 347,000 forest properties are owned by private owners, who’s number is nearly twice this figure at 632,000. Sweden, for its part, saw a 54% increase in private forest owners between 1990 and 2012, while the number of privately owned forest properties decreased by 3%.

More and more urban residents are showing interest in properties outside the city, which sometimes contain forest. The attraction can be a calmer, simpler and more balanced lifestyle in a rural environment, where forest ownership goes more hand-in-hand with a desire for more private life, protecting nature, one’s pride and identity, and preserving family traditions. All these aspects can be seen as more important than timber production and economy, but can also lead to fragmentation. Forest properties are sometimes divided in order to meet the demand for lots. This lifestyle and residence type, combined with a city-oriented work life, counters forestry based on economy and ecology, and the forest is seen more as decorative – a nice frame for one’s yard. Additionally, there is an association between property size and final felling. The larger the property the greater the probability of production-oriented management, which means that fragmentation leads to concern that the timber supply will decrease and harvesting costs will increase.

Vision for forest is formed in cities

Generally, most Europeans live in large cities that take up only a small part of the land area. Thus, it can be said that urban residents stand for most of the consideration and planning of how the land outside the cities should be used. So the concepts, visions, values and use of the forest and the countryside are greatly defined by people who live and work in the city. This might mean that the values of the general public and forest owners could grow more similar, with more forest owners – like the greater part of the population in general – living some distance from the forest, and starting to place more importance on ecological and recreational values. Many believe it is important that the forest fill multiple needs, and it is perhaps a balance between, for instance, production and nature conservation that should be in focus. This in itself may lead to fewer conflicts between the general public and forest owners.

Kerstin is a Professor of Human Geography, and her research focuses on how people act and are affected by their surroundings, both physically and socially, as well as what motives people have for moving and not moving, how they choose to travel, and how they arrange their daily life in various areas. Kerstin also studies how values and attitudes about, for example, forest and the rural areas affect the utilization and use of forest. The demands and wishes of one person are not always in line with those of others; and how we can understand the conflicts that arise in relation to the values, attitudes and specific conditions of the individual. Kerstin is active at Umeå University.