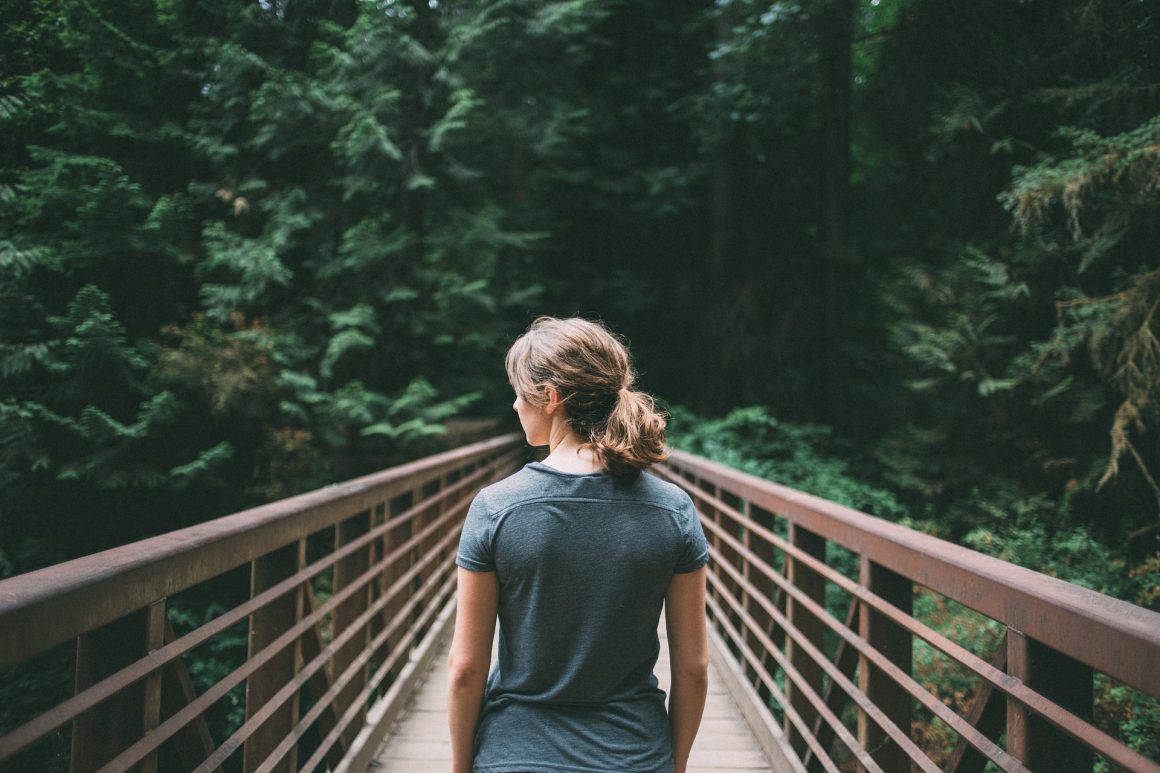 In the increased densification of cities, the city’s green areas and urban forests are gradually decreasing. Even though overview planning emphasizes its importance and role in the city, this process seems to be consistent. In addition to the direct aesthetic aspects of the city, these changes also have potential in-depth consequences for urban life and the individuals living there. In terms of how these areas are used, their reductions have different consequences for men and women, e.g. based on accessibility and resources, where women, together with the elderly, stand as losers to the current development.

In Sweden, we have quite a large proportion of forest left in our cities, where on average twenty percent of the urban area consists of forest. Of course, the amount varies, for example, forest only constitutes a single percentage of Malmö’s area, while it accounts for twenty percent in Stockholm. In general, areas with a lot of forest around the city also have a lot of forest in the city. That is, the landscape or history of the landscape is reflected in the city. Swedish cities expand in the outskirts and densify inward. In many municipalities, the forests in and around the cities have been transformed from being production forests, and prospective development areas to not being exploited, but instead being valued as recreational forests. It has meant that the proportion of dead wood is higher in forests close to cities than forests in the ordinary forest landscape. This is probably due to the fact that forests are not used for production, but have been more or less free development with restrictive management efforts. Death wood is considered to be an important substrate for insects, which greatly contributes to increasing biodiversity. Inside cities, however, the proportion of dead wood is even smaller than in ordinary forests outside when, based on recreational interest, falling branches and dead wood is being removed. It is often said that nature in cities does not contain any high biodiversity, but while it may be true for lawns and parks, this is not true for the urban forests. Looking at the diversity of birds, it is as high in a urban forest as in a forest outside. That is, the number of species is equally high, although the species composition varies.

Today, however, there is a pronounced strategy to densify Swedish cities to remedy the housing shortage and, consequently, that green areas in cities risk disappearing. At the same time, the research shows that green areas, such as forests, near the home contribute with a number of services for us people as they increase the desire for physical activity, they reduce pollution, dampen noise, increase children’s motor skills, increase children’s self-esteem, reduce costs by taking care of storm water, reduces heat waves, reduces stress and more. Broadly speaking, the green areas have partial solutions to a variety of typical welfare diseases such as stress and type 2 diabetes.

To give an example, the municipal comprehensive plan in Uppsala states that all green areas, large and small, are important. Despite this awareness, the outline plan is abandoned and forests continue to be taken down. In a detailed plan, it is stated that dismantling a smaller forest “means a deterioration of the accessibility of the closest residents to green areas with play for the youngest”. In another part of Uppsala, there is a forest with 150 year old pines, red-listed species, a preschool that has its playground enclosed in the forest and 1200 people who have signed up to want their forest to remain for recreation and well-being. However, these arguments are not enough and the forest will be built on. The question is why are these “soft” values such as health, well-being, proximity to forest crossed by “hard” values linked to the economy and the construction industry?

Green areas have an important function

A major questionnaire survey in Gothenburg showed that women are, to a greater extent than men, using and being active in the green areas. The fact was that women socialized more than men in green areas, they were more active, were out and about, experienced nature, got fresh air, used the green areas to follow the season’s seasonal changes, studying animals and nature and relaxed. The men did all this too, but in significantly less extent than the women. Virtually all activities that were requested were more frequent among women than men. Regardless of gender, however, all felt that the areas that were more natural as forests in the city were perceived more positively than the areas that were park-like (parks, farm environments, colonial gardens). This is where the forest comes in. Generally, it seems that we humans experience forests as more positive than parks. In-depth analyzes also showed that sounds linked to nature such as bird singing and swelling from trees were stronger in women than men. There were also differences with connection to biodiversity where it was more important for women than men to hear songs from more bird species.

This has also been confirmed by studies in Helsinki, Finland, which measured stress in a square, in a park and in a forest. The stay in the forest was least stressful. In Finland it was also possible to see tendencies towards gender differences; Women became more relaxed/calmed by natural environments than men. In a Swedish study on urban forests, it turns out that women, to a greater extent than men, considered the urban forest important to preserve and that it is important for well-being (more than men considered).

Women and the elderly lose

Overall, several studies show that women are probably, more than men, the once that has the most to lose on the decline of green areas and forests in cities. Who is planning the city’s green areas and for whom? Who decides on the management of existing green areas or forests in cities? Urban forests are in many municipalities separate from park in planning and management. Parks should be managed in a certain way and forests in another. In a large number of municipalities, the municipalities run a line where the forests both produce timber and are for recreation. In those cases where the forests produce timber, it is possible that employees to a large extent have a forest background with knowledge in forest management. Earlier studies show that physical planning in the form of housing type, housing density and amount of open space affects gender benefits. A management and design of the city’s forests and parks should thus also influence this.

Previous studies of urban planning have shown that women are less mobile than men. They have less access to cars and therefore bikes and uses public transport at higher rates than men. They also move shorter distances in cities. This means that proximity to green surfaces is more important for women than men. This should be taken into consideration when cities are expanding into the countryside and at the same time being densified. Accessibility can therefore be limited for those who have the power and ownership of the car. For the population groups, who in the everyday movements do not have access to car – women, children, young people, the elderly and the disabled – public transport can be seen as an opportunity to make use of the city. If the above-mentioned car-less groups of the population are not acknowledged, the group of middle-aged men who make up about 20 per cent of the population remain, and the question, which may also apply to green areas, remains: Who are we actually planning for? It is still the case that the large proportion of decisions are made by politicians who are men and that the construction industry and planning of cities are run by men. According to studies, the men do not see and use the cities’ green areas and forests in the same way as women. The fact that forests in cities continue to disappear can also be interpreted as saying that those in leading people do not see the values ​​of the urban forests and the importance of it for more disadvantaged groups in society. The research here points to the value of specifically more natural-like areas (such as forests) and believes that these cannot be completely compensated with more park-like environments. The reason why experiences, well-being and aesthetics are considered “soft values” is that they are difficult to measure and quantify. Housing prices, job creation and economic growth, on the other hand, have long been quantifiable “hard values” in urban planning and justifying the reduction of nature. More studies are needed that can link the stay in green areas to reduced costs for sick leave to make hard data of soft values. There is also a need for studies that investigate the green structure of the city as a whole and how the use and movement pattern in it looks for different socio-cultural groups. Finally, in order to create socially sustainable cities, a gender and age perspective is also required in the decision-making processes that relate to the city’s green areas.

Marcus Hedblom is a researcher and ecologist at the Department of Forest Resource Management, Swedish University of Agricultural Sciences. His research is interdisciplinary and focused on experience values and environmental monitoring data as well as on how the cities' green areas and bird song affect stress reduction.

Åsa Ode Sang is a landscape architect and associate professor at the Department of Landscape Architecture, Planning and Administration, Swedish University of Agricultural Sciences, focusing on experiences, use and planning of the city's green infrastructure.