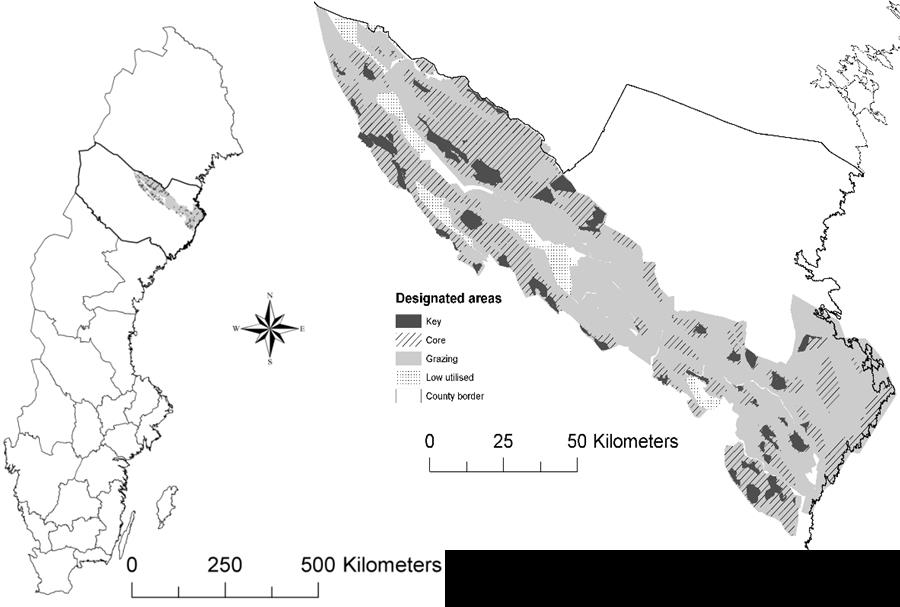 Forest management that is adapted to the reindeer husbandry leads to an increased standing volume and larger carbon sequestration in the forest as well as improved conditions for reindeer grazing, but also to a reduced potential for felling, employment, and revenue for the forest companies.

Land use increases with many users as forestry, hydroelectric power, mining, automobile development, tourism, recreation, and entrepreneurship. The Sami people have carried out reindeer husbandry in northern Sweden for hundreds of years, and there is a question of how much limitation to reindeer-grazing areas they can withstand.

Adapting forestry to benefit the reindeer husbandry would entail a reduced felling potential of approximately 18% in the coming 25 years; this is equivalent to approximately 240,000 cubic meters within the grazing lands of the Malå reindeer herding community. It would also entail a reduction in employment within forestry and a loss for the forest industry, an important branch in Sweden. On the other hand, the standing volume (trees that are alive and growing) would increase, and along with it the possibility to sequester carbon emissions in the forest over time by 40%, due primarily to longer rotation times. The carbon sequestration would actually compensate for all emissions in the forest, from thinning to felling. Adaptations also entail an expected decrease in the costs for supplemental feed for the reindeer’s winter grazing. With good planning that takes into account how the reindeer move, forestry can avoid fertilizing and ground preparation in areas that are important to the reindeer industry.

The study examined forest management with increased consideration for the reindeer husbandry, nature, and a combination of the two. Forest management adapted to the reindeer industry is based on the recommendations of the National Association of Swedish Sami (Swedish: Svenska Samernas Riksförbund) from 2009. These three aspects were also compared to a reference scenario equivalent to today’s forestry.

The study area was the 750,000 ha reindeer-grazing area belonging to the Malå reindeer herding community. The ToSIA tool was used to summarize and evaluate the effects of changed management on the forest sector and the reindeer industry. RegWise, an application in the Heureka system, was used to forecast the effects of forestry for the coming hundred years.

The article was written within the framework of the Northern Periphery Programme.

Torgny holds a PhD in Forestry, and works a great deal with the decision support system Heureka and its software, as well as forest inventory. Torgny conducts analyses of the development of the forest as a resource over time for larger areas, with the help of scenario analyses; he also conducts sustainability analyses connected to the forest as a resource, with attention to the entire value chain from forest to final product. Torgny is active at the Department of Forest Resource Management at the Swedish University of Agricultural Sciences.