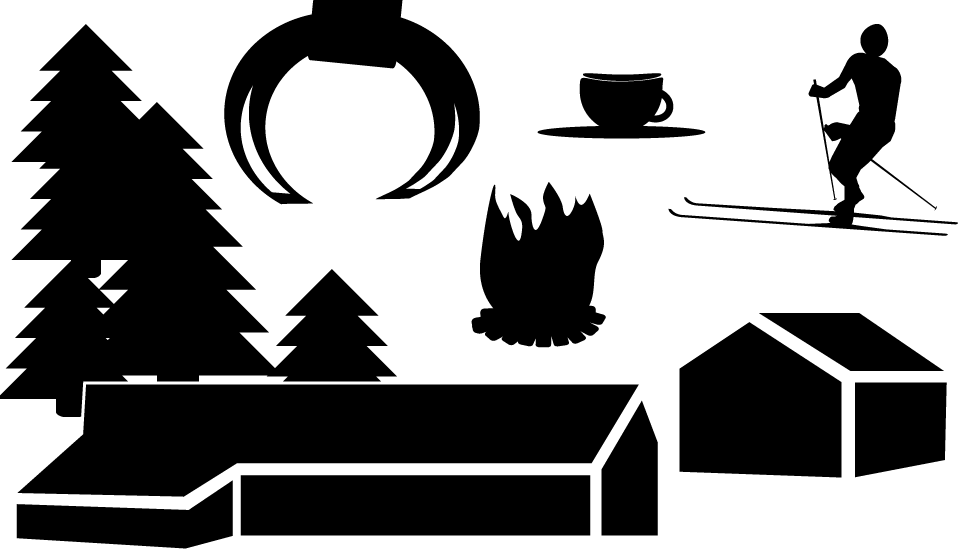 There is a prevailing view of the countryside that is generalized, and at times dark, as areas that exist merely for the cities and seldom as areas with their own innate value. Such a view causes one to miss the diversity found in our various types of rural areas.

Even though some parts of the country are deeply affected by out-migration, increasing numbers of people in Fennoscandia are spending their leisure time in the countryside and it is becoming increasingly synonymous with its role as a producer of services, experiences, and quality of life. France, England and the Netherlands, countries that have improved their transportation networks and infrastructure, are experiencing something that can be described as counter-urbanization, a green wave. This creates great possibilities to attract vital manpower and companies, which in turn can contribute through increased employment and economic growth.

In Fennoscandia, people often move easily between the city and the country, and feel equally at home in both. The countryside can be a link to one’s heritage and a potential place to spend one’s later days. In Norway, up to a third of the population own a second home and another fifth have access to one. A tenth of the population work or study at their second home, while a third are interested in working at their second home. This suggests that there is reason to start considering whether people’s taxes should be divided between their first and second homes.

Attraction-based in-migration to the countryside

Forest and magnificent nature with a strong cultural lure can serve as an attraction for residents, tourists and companies, which in turn can contribute through possibilities to live and work in the countryside. Assuming it is possible to find a job, as well as other necessities, in the area. This attraction-based in-migration is not driven by economic motives but is rather possible due to increased social well-being. In other words, people can afford to think about where they want to live rather than where they have to live. When new people and competencies are invited to move in, great possibilities arise for rural areas to get support in creating and providing more employment opportunities and economic growth. In-migrants can bring along their companies and their often higher level of education, which can give the community a more varied labor market. Rural municipalities can contribute through good planning and administration, including good schools and a good business climate.

It should also be kept in mind that there are often large networks in a certain rural area thanks to in-migration. An example of this is the case of Thai women who marry Swedish men, which has led to an access to not only local but also national and global networks.

If diversity is ignored, there is a risk that regulations on, for example, land use will be defined with too little consideration for the local conditions. Judgements and policies concerning the countryside must not be simplified and thereby miss the mark.

Urban is a Professor in Human Geography and researches the interaction between competitiveness of businesses and the dynamics of local labour markets. Focus is on how a long-term competitiveness, assumed to spring from learning skills, can be converted into better products. Innovations often arise when people of different experiences interact. The acquired tacit knowledge is inextricably linked to the individual and interact more easily with others knowledge in limited geographical environments.

Linda is an Associate Professor in Human Geography, and conducts research on, among other things, the relationship between protected areas, employment in the tourism sector, and local and regional development. A recurring theme in Linda’s research is the role nature tourism plays in creating sustainable communities outside cities. The foundations for economic activity are constantly changing; it is therefore important to study the association between globalization and regional and local processes for development. In recent years, the climate has become a central aspect in her research, as climate change will likely come to have consequences for people and communities in the northern parts of the world as well. Linda is active at Umeå University.

Örjan Petterson is Senior Lecture (Associate Professor) who primarily doing research regarding regional development in sparsely populated areas, in particular northern Sweden. Topics of research have mainly been demographic changes, business structures and alternatives for making a livelihood. In recent years focus has shifted towards questions regarding the use of natural resources and planning related to for example mining and forestry as well as windmill parks and marine areas. The research is predominantly quantitative and done with help of GIS and different types of registry data. Örjan works at the Department of Geography and Economic History at Umeå University.