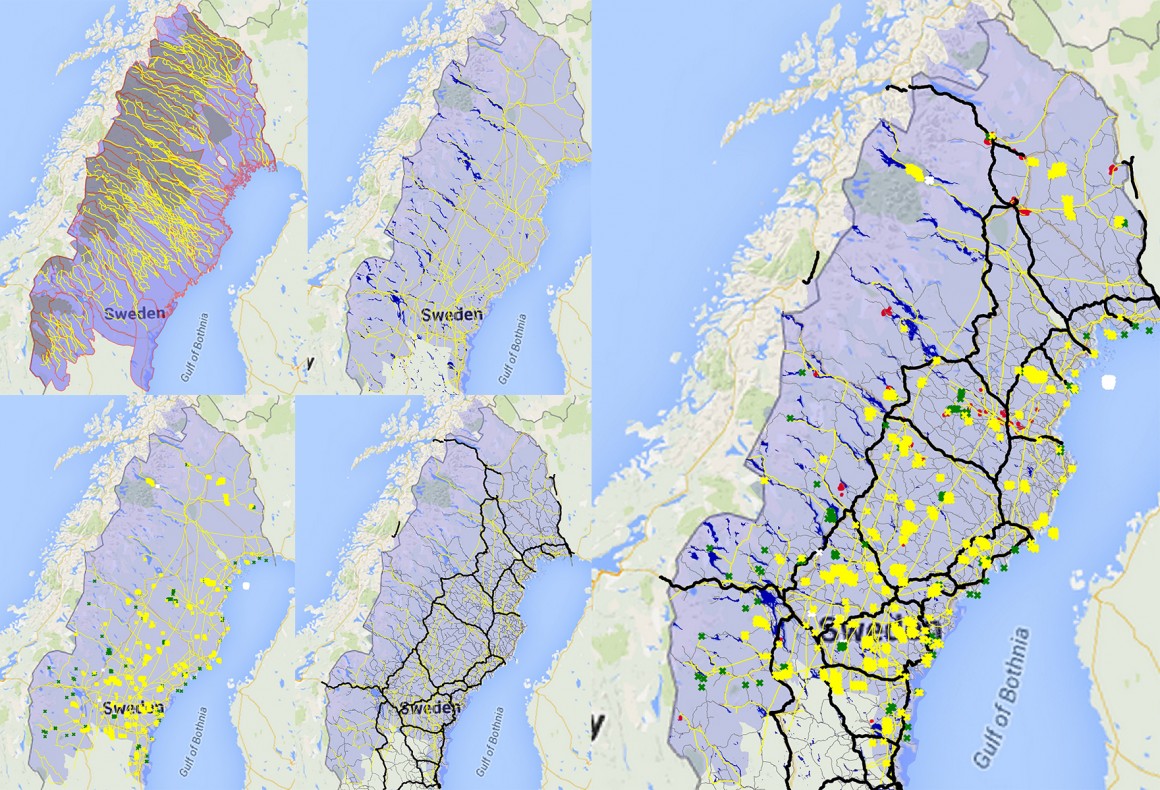 RenGIS is a tool that gathers information on land use and can illustrate which interests resides within a certain area. It is thus a good tool to use in discussions on land use.

There are many different interests within the same land areas; in the northern half of Sweden, every year approximately 247,000 reindeer are moved from their summer grazing lands in the mountains in the west to their winter grazing lands along the east coast, and then back. On this same land, 80% of the country’s hydroelectric power is produced and there are 12 active mines and approximately 500 wind turbines in place, with 4,000 more planned. Additionally, 50% of Sweden’s total forested area is found here. With so many stakeholders in the same area, it is difficult to get an overview of how one might affect another. Legislation on these issues can also be hard to navigate: for instance, reindeer grazing rights carry as much weight as the forest owner’s rights, and reindeer owners are to be consulted when felling is planned. On the other hand, the reindeer owners themselves experience that the consultation is seldom conducted in a way that lets them influence the felling. 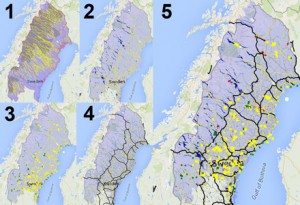 Therefore, reindeer owners considered whether they should make reindeer husbandry plans, like the forest owners’ forest management plans, to facilitate their communication with the forest owners. Along with researchers they began, in 2000 digitalizing the ecological knowledge they had amassed through their many years working with reindeer herding. With help from the researchers they learned how to interpret satellite images, which allowed them to show the location of the various grazing areas during the eight seasons recognized by the Sami. After they had shown on the satellite images where these areas were, together they conducted field studies of the places in order to better determine what the land looked like. The system was later developed further, using GPS positions in the reindeer movements: 350 reindeer owners from 50 Sami reindeer herding communities equipped just under 1,000 reindeer with a GPS collar, and by 2012 these owners had together inventoried 225,000 km2. All collected information was stored in a GIS (geographic information system), which was named RenGIS. The system has also been used to store information collected from different land users, in the following layers:

With this, RenGIS is currently Sweden’s most complete system that contains information on land use.

Read more about how the system is used.
Sandström, Per (2015). A Toolbox for Co-production of  Knowledge and Improved Land Use Dialogues. Dissertation. Umeå : Sveriges lantbruksuniversitet, Acta Universitatis agriculturae Sueciae, 1652-6880 ; 2015:20

Herrmann, Thora Martina and Sandström, Per and Cuciurean, Rick (2014). Effects of Mining on Reindeer/Caribou Populations and Indigenous Livelihoods: Community-based Monitoring by Sami Reindeer Herders in Sweden and First Nations in Canada. The Polar Journal. 4:1, 28-51