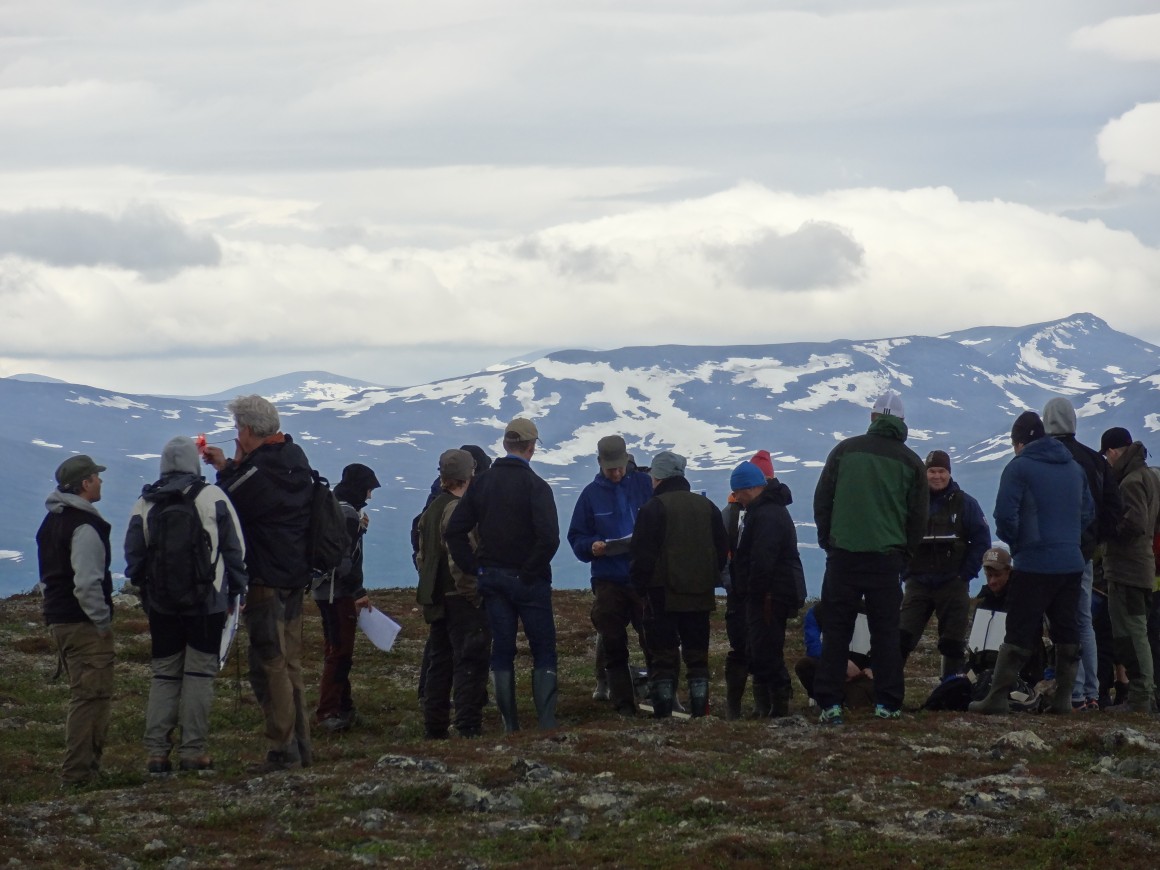 For a number of years, the Sami have worked with researchers to develop a system for visualizing their reindeer grazing needs. This collaboration has led to an improvement of the system’s quality, and has meant that it is used more than it would have been if the researchers had simply presented a finished plan.

Two land users with an interest in the same land must hold a consultation about proposed changes. For example, if a forestry company has plans to fell, they are to consult the Sami reindeer community that uses the land for reindeer grazing. The Sami, however, experienced that they were often presented with hard facts and wanted to be able to present their argument more clearly. It was here that the idea was born to create reindeer husbandry plans like the forestry company’s forest plans. In cooperation with researchers the Sami developed RenGIS, a GIS (geographic information system) for collecting information on different land uses.

A system developed in consultation

As the Sami themselves had expressed this need, and then took part in developing the system and gathering the information for it, they had a close relationship with and great trust in both the system and the researchers. Worries that the system would be too complicated could be virtually sidestepped, as the researchers were able to teach the Sami how to use it, and as it was developed over a longer period of time.

The quality of the system’s data would have been significantly lower without the Sami’s own ecological knowledge. Since it became possible for them to visualize their needs, it is easier to show other land users the effect their decisions have on the Sami. For instance, they can show the forestry companies where the reindeer graze in the winter and explain that this is why it is important to try to preserve the ground lichen that often grows there. The forestry companies themselves appreciate the openness and transparency that the reindeer husbandry plans offer; however, no greater changes have been noted in the original problems. The forestry companies give the Sami their felling plans in the form of GIS layers, and the Sami then either print out the parts they wish to discuss, or use the files digitally. RenGIS has had a positive influence on the consultations, even if it has not yet had any noticeable effect on their results. More research is needed in order to facilitate the communication, and increase the trust, between the various land users.

It is not only in consultation with forestry companies that RenGIS is used. When there was talk of establishing a mine in Kallak, the Jåhkågasska Tjiellde and Sirges Sami reindeer herding communities used it to illustrate not only how the new establishment would affect the reindeer’s trails, but also how the trails had already been affected historically through the establishment of hydroelectric power. RenGIS can thus be used for both projecting future problems and showing a historic perspective. However, the Sami have been able to use RenGIS in more settings than simply discussions between sectors. Within the Sami reindeer herding communities, they have been able to pass on knowledge that had previously been held by only a small few who had worked with reindeer herding for a long time. This was especially notable among the young as well as women, who could now gain this ecological knowledge to a greater degree. During this time, the Sami also began using GPS collars on their reindeer to better follow their movements in RenGIS. They then inventoried the places where the reindeer stayed, which gave the reindeer herders more insight into what the grazing lands looked like; for instance, until then they had not seen these winter grazing lands without snow. In conclusion, this has made it easier to plan for a sustainable use of the grazing lands, and with the help of the GPS collars, the Sami can see in real time where the reindeer are and how they are moving. This has offered a great advantage when the reindeer are herded in, for example for slaughter, and has meant that it has not been necessary to physically watch over them to the same degree.

Read more about the RenGIS system.